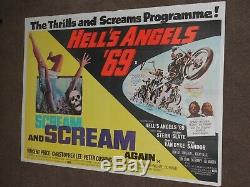 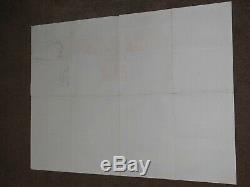 Film title in pencil at back, otherwise in very good condition. The item "Scream And Scream Again/Hell's Angels'69 1969 UK Quad Film Poster" is in sale since Sunday, November 3, 2019. This item is in the category "DVDs, Films & TV\Film Memorabilia\Posters\Originals - UK Quads\Pre-1970". The seller is "cactuskay123" and is located in Worthing. This item can be shipped to North, South, or Latin America, all countries in Europe, all countries in continental Asia, Australia.