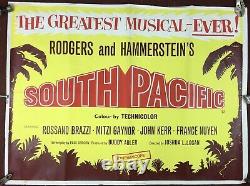 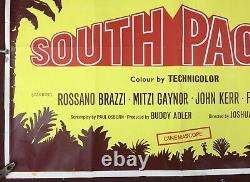 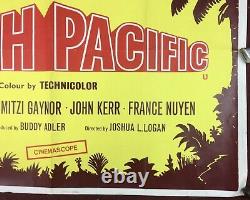 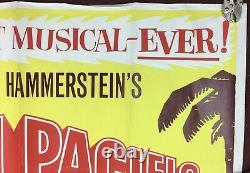 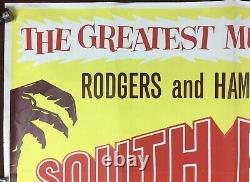 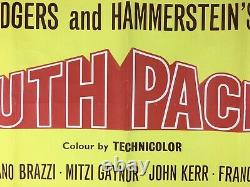 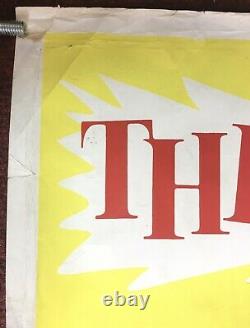 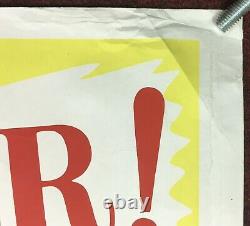 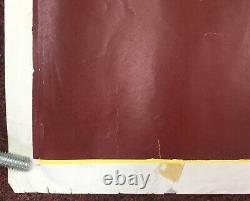 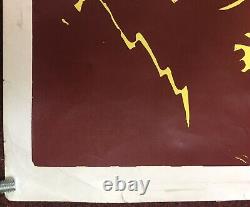 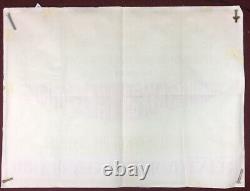 Original / Authentic Quad film / movie poster for Rogers and Hammerstein's SOUTH PACIFIC (1958). The paper printed poster is folded / rolled and in good condition for age, with some damage, folds and rips, particularly around the edges, which have been mostly repaired with masking tap and this could be well managed with mounting and framing. South Pacific is a 1958 American romantic musical film based on the 1949 Rodgers and Hammerstein musical South Pacific, which in turn is loosely based on James A. Michener's 1947 short-story collection Tales of the South Pacific. The film, directed by Joshua Logan, stars Rossano Brazzi, Mitzi Gaynor, John Kerr and Ray Walston in the leading roles with Juanita Hall as Bloody Mary, the part that she had played in the original stage production.