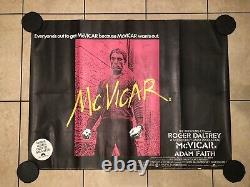 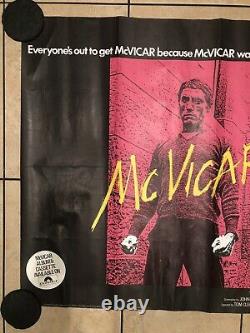 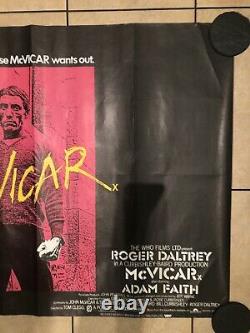 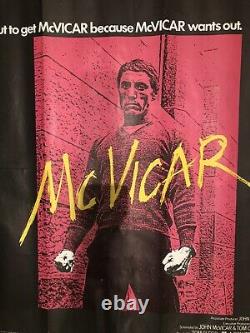 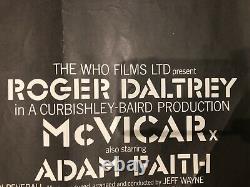 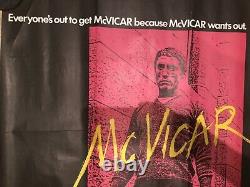 Listed is Used but in good condition considering age. Unrestored Folded as issued to cinemas. Please refer to pictures for detail. Original Movie Posters printed before the mid 1980's were issued FOLDED. This is NOT considered a defect.

McVicar is a British drama film released in 1980 by The Who Films, Ltd. Starring Roger Daltrey of the Who in the title role of John McVicar. John McVicar was a 1960s armed robber turned writer whom Scotland Yard publicly announced to be Public Enemy Number One and "wanted dead or alive". The film was directed by Tom Clegg, and was based on the non-fiction book McVicar by Himself, which John McVicar wrote to describe several months of his experiences in prison.

Bill Curbishley and Roy Baird acted as producers, and the film received a nomination in 1981 for Best Picture at MystFest, the International Mystery Film Festival of Cattolica. The item "McVicar Original UK Movie Quad (1980)" is in sale since Tuesday, October 13, 2020.

This item is in the category "Films & TV\Film Memorabilia\Posters\Originals - UK Quads\1980s". The seller is "psmmit1" and is located in Portsmouth .