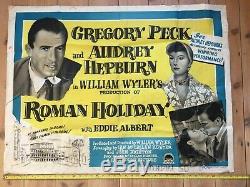 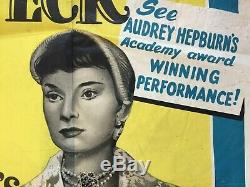 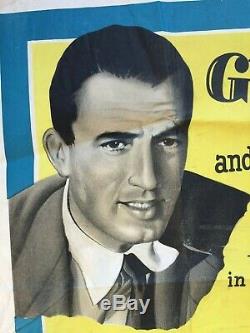 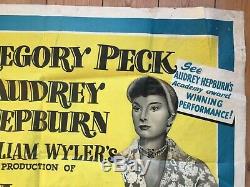 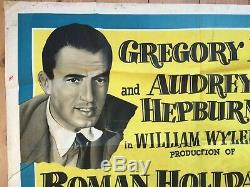 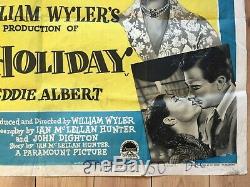 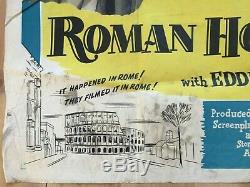 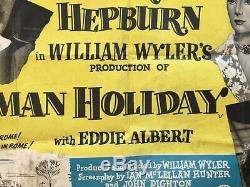 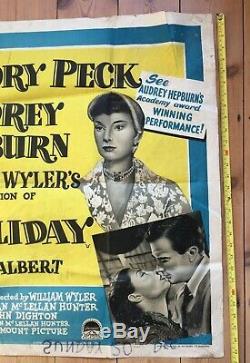 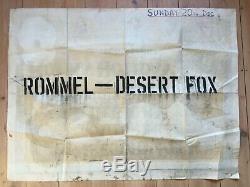 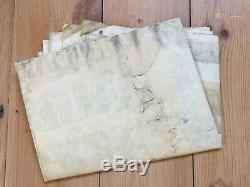 An original Audrey Hepburn & Gregory Peck UK Quad Film Poster for Roman Holiday. It's not the first release of 1953 because it states that Audrey Hepburn won an Oscar (which she did in 1954). I've never seen a first UK issue and nor have the specialist poster auctioneers I contacted. It's the earliest UK re-release I've ever come across.

As you can see from the photo it's dusty, dirty, worn, and has marks, but thankfully no significant tears. The cinema re-used the poster by marking up in hand the rear of it for a re-showing of the black and white film of 1951, Desert Fox. You can just about make out the name of Desert Fox through the front of the poster, but you can certainly make out the date of'Sunday 20th Dec. Given the rarity of this poster it would certainly merit conservation work.

The item "Audrey Hepburn Roman Holiday Original UK Quad Film Poster RARE" is in sale since Sunday, November 24, 2019. This item is in the category "DVDs, Films & TV\Film Memorabilia\Posters\Originals - UK Quads\Pre-1970". The seller is "batbatty247" and is located in Bude.