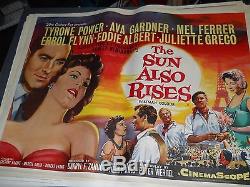 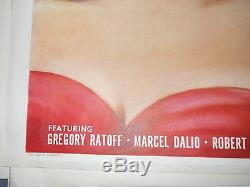 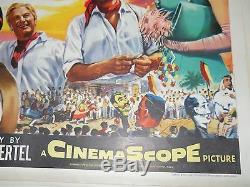 Printed in England original 1957 30 x 40 unfolded. The Sun Also Rises is a 1957 film adaptation of the Ernest Hemingway. Novel of the same name.

The screenplay was written by Peter Viertel. And it starred Tyrone Power. Much of it was filmed on location in France.