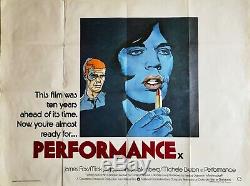 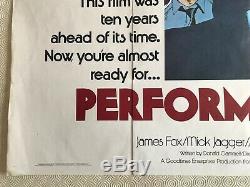 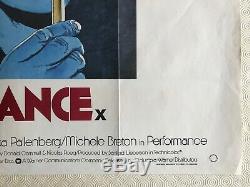 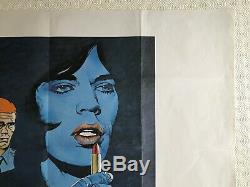 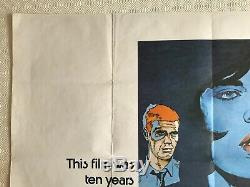 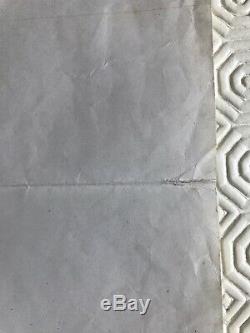 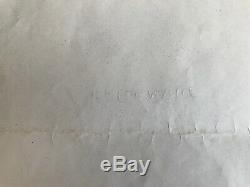 Performance Original British Movie Quad Poster 1979 Re Release (the re-release in 1979 was a more limited release than the original making this poster rarer). Directed by: Donald Cammell, Nicolas Roeg. Starring: James Fox, Mick Jagger. Printed by: Lonsdale & Bartholomew Ltd Nottingham. Good condition, some pin holes in the corners, some surface creases, 2cm tear on the right side edge has been repaired with tape on the reverse, some wear to the folds and edges, the film title is written on the reverse of the poster in black pen and it lightly shows through on the front of the poster in the top left corner.

Please zoom in to photos for details of condition. Has been stored folded will be posted folded in a cardboard backed envelope with extra cardboard for protection. Thanks for looking any questions please ask. The item "Performance Original British Movie Quad UK Poster 1979 Re Release Mick Jagger" is in sale since Tuesday, June 4, 2019.