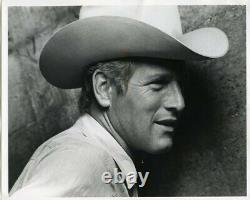 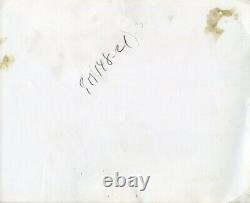 This product data sheet is originally written in English. This is a real collectors item, prints by Terry O'Neill of Paul Newman sell for thousands of dollars, this is an authentic 1972 Original Photograph! This item is an ORIGINAL 8x10 photo from the historic archives of Silver Screen Mementos. This original photograph was made in the actual year the film, television show or event was produced.

The movie studios produced publicity photographs for distribution to the press, photo agencies and publicity departments to advertise the film/tv show or event. Very often original photos have press release information on the reverse of the photo - movie credits, description of the scene, event and people involved. This is a historic piece of cinema art and is being offered from one collector to another, no rights given or implied. Silver Screen are gradually releasing thousands of Original Photographs, Transparencies, Negatives, Lobby Cards, Posters, Magazines and other memorabilia from our historic archive. Powered by SixBit's eCommerce Solution.

This item is in the category "Films & TV\Film Memorabilia\Posters\Originals - UK Quads\2000s". The seller is "silverscreenmementos" and is located in this country: US. This item can be shipped worldwide.