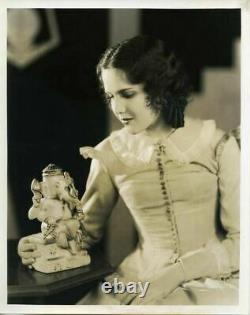 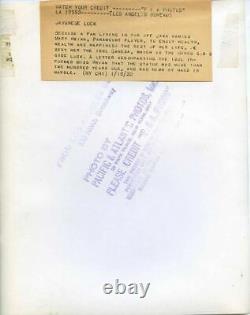 We will gradually be releasing some of these rare treasures, including some wonderful Original photographs of Louise Brooks, Fay Wray, Clara Bow, Charles Chaplin, Jean Arthur, Gary Cooper, Albert Einstein, Jean Harlow and Carole Lombard. This is a historic piece of cinema art and is being offered from one collector to another, no rights given or implied. Silver Screen Archives are gradually releasing thousands of Original Photographs, Transparencies, Slides, Lobby Cards, Movie Posters, Magazines and other entertainment memorabilia from its historic archives. Powered by SixBit's eCommerce Solution. Listing and template services provided by inkFrog.

This item is in the category "Films & TV\Film Memorabilia\Posters\Originals - UK Quads\2000s". The seller is "silverscreenmementos" and is located in this country: US. This item can be shipped worldwide.