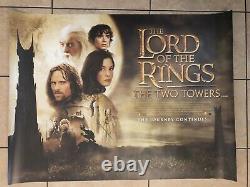 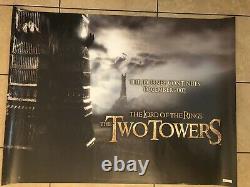 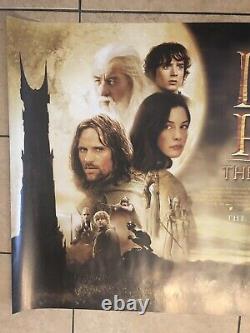 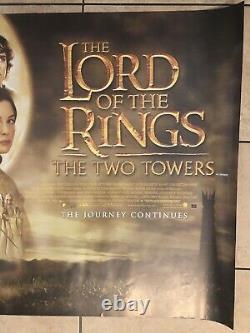 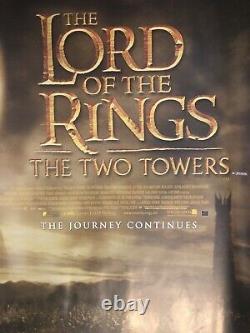 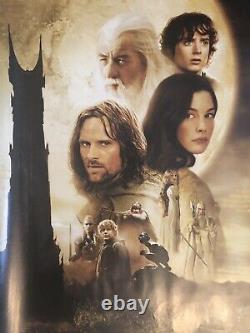 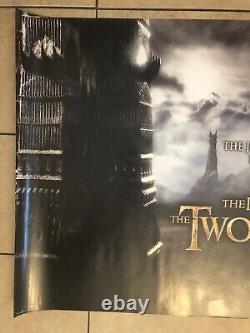 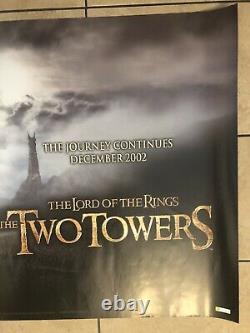 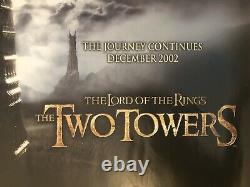 Listed as'Used' but both Quads in very good condition. Rolled as issued (NOT folded).

No Fold, crease marks or staple holes. Please refer to pictures for reference. The Lord of the Rings: The Two Towers is a 2002 epic fantasy adventure film directed by Peter Jackson, based on the second volume of J.

Tolkien's The Lord of the Rings. The film is the second instalment in The Lord of the Rings trilogy and was produced by Barrie M. Osborne, Fran Walsh and Jackson, and written by Walsh, Philippa Boyens, Stephen Sinclair and Jackson. The film features an ensemble cast including Elijah Wood, Ian McKellen, Liv Tyler, Viggo Mortensen, Sean Astin, Cate Blanchett, John Rhys-Davies, Bernard Hill, Christopher Lee, Billy Boyd, Dominic Monaghan, Orlando Bloom, Hugo Weaving, Miranda Otto, David Wenham, Brad Dourif, Karl Urban and Andy Serkis. It was preceded by The Fellowship of the Ring (2001) and followed by The Return of the King (2003).

This item is in the category "Films & TV\Film Memorabilia\Posters\Originals - UK Quads\2000s". The seller is "psmmit1" and is located in this country: GB.