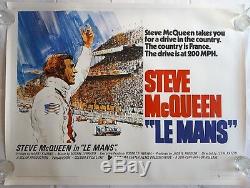 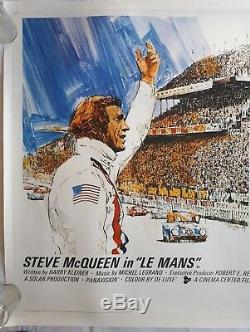 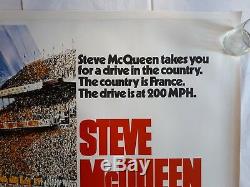 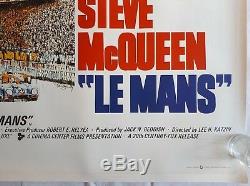 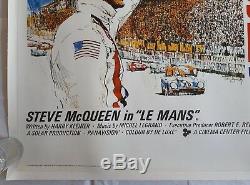 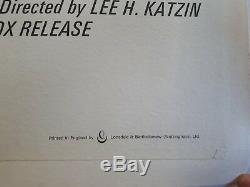 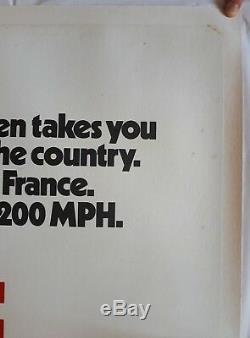 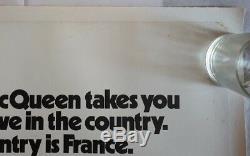 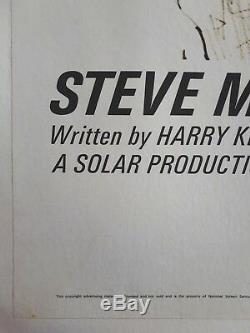 This is a British Quad poster, measuring approximately 40" x 30", the most popular size for British film posters. This is the original 1971 first release version. It has been professionally linen-backed, with the linen measuring 41.5" x 32". Zero restoration work has been carried out on the poster, it is still in 100% original condition. It has been linen-backed only for conservation purposes. There is minor damage to the edges and corners, including paper loss, sellotape staining, and creasing. Please see highly detailed photos. Any questions, please don't hesitate to ask!

The item "Le Mans, Original 1971 British Quad Movie Film Cinema Poster, Steve McQueen" is in sale since Friday, November 1, 2019. This item is in the category "DVDs, Films & TV\Film Memorabilia\Posters\Originals - UK Quads\1970s". The seller is "semiskimmedstuff" and is located in Shrewsbury.