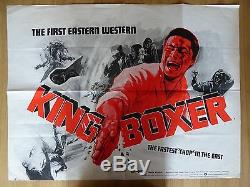 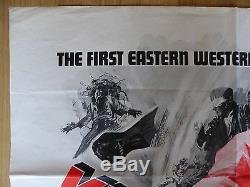 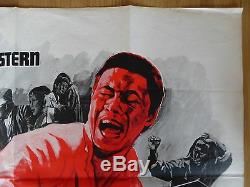 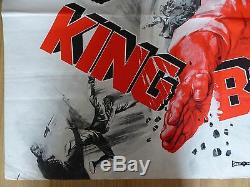 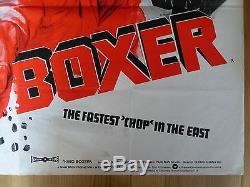 King Boxer' (1972) original UK quad poster (40"x30"). Martial arts film is also known as'5 Fingers of Death'. This poster is the alternate red and black version (there was also a full colour version) and is from 1973 (as shown by the'Warner Bros 50th anniversary' text) which would have been the first release of the film in the UK.

Apart from a few small spots of discoloration along the top edge, this poster is in excellent condition with no tears, repairs or paperloss and the red is very bright. (sorry about the shadow on the photos).

Originally folded, but stored rolled so will be posted rolled. Add me to your Favourites list. The item "KING BOXER (1972) original UK quad film/movie poster, kung-fu, martial arts, rare" is in sale since Wednesday, January 25, 2017.

This item is in the category "DVDs, Films & TV\Film Memorabilia\Posters\Originals - UK Quads\1970s". The seller is "richposters" and is located in Warrington. This item can be shipped worldwide.