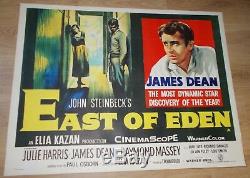 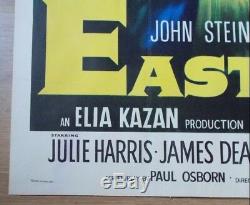 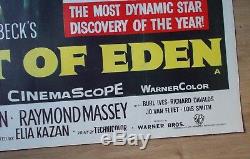 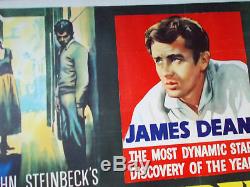 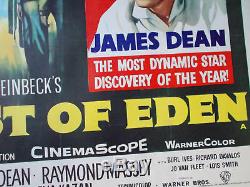 Size: British Quad (40" x 30"). 100% Original Linenbacked, Single Sided'East of Eden' poster. This is a British Quad poster, measuring approximately 40" x 30", this is the most common size for British film posters. It is single-sided, which is common amongst older film posters.

This is a 1955 first release poster. It has been linenbacked, with minor restoration on fold-line wear.

This item is in the category "DVDs, Films & TV\Film Memorabilia\Posters\Originals - UK Quads\Pre-1970". The seller is "semiskimmedstuff" and is located in Shrewsbury. This item can be shipped to North, South, or Latin America, all countries in Europe, all countries in continental Asia, Australia.