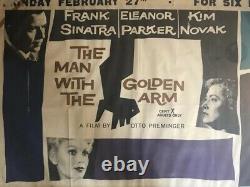 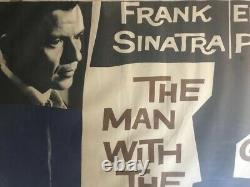 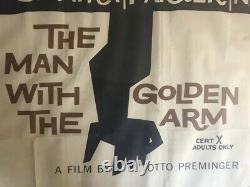 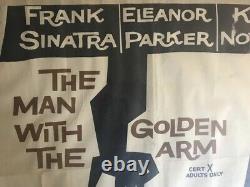 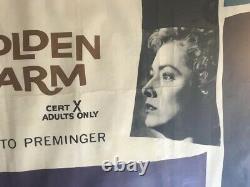 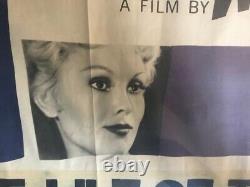 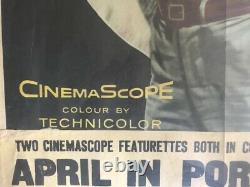 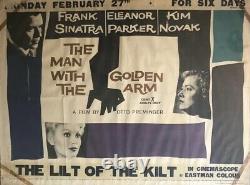 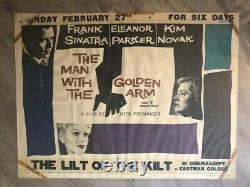 Here is rare Original Film Poster for, The Man With The Golden Arm. It is a British Quad, dating from 1955. With fantastic art work by the famous Saul Bass.

Condition: B, folded now rolled, with imperfections such as tape staining and creasing, and snipes. Dimensions: 40 inches x 30 inches. The Man with the Golden Arm is a 1955 American drama film with elements of film noir, based on the novel of the same name by Nelson Algren. It recounts the story of a drug addict who gets clean while in prison, but struggles to stay that way in the outside world. Although the addictive drug is never identified in the film, according to the American Film Institute "most contemporary and modern sources assume that it is heroin", in contrast to Algren's book which named the drug as morphine.

The film stars Frank Sinatra, Eleanor Parker, Kim Novak, Arnold Stang and Darren McGavin. It was adapted for the screen by Walter Newman, Lewis Meltzer and Ben Hecht (uncredited), and directed by Otto Preminger. The film's initial release was controversial for its treatment of the then-taboo subject of drug addiction.

Sinatra was also nominated for best actor awards by the BAFTAs and The New York Film Critics. The film is in the public domain and in 2020, was recently added into the National Film Registry. The item "Original Man With The Golden Arm Quad 1955 Film Cinema Movie Sinatra Poster" is in sale since Thursday, April 1, 2021. This item is in the category "DVDs, Films & TV\Film Memorabilia\Posters\Originals - UK Quads\Pre-1970". The seller is "felijohnso-50" and is located in Bradford On Avon, Wiltshire.