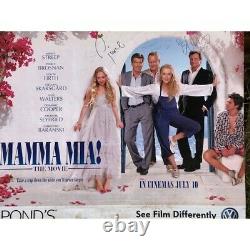 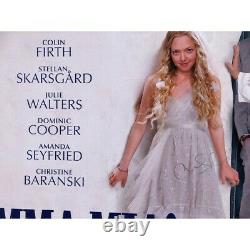 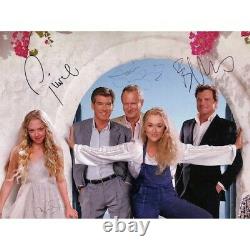 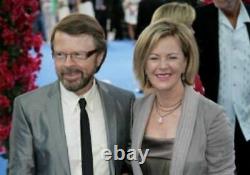 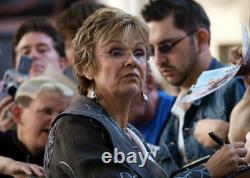 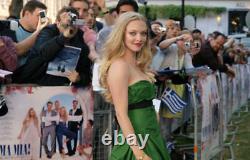 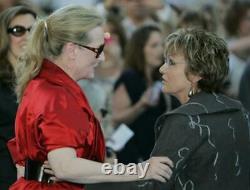 New Year 2022 Flash sale. Mamma Mia: The Movie (Abba musical, directed by Phyllida Lloyd). Film poster, mounted on board with 4 original. Mounted on heavy card and has small mounting holes within the image at the top and lower edges.

It was originally used at the global premiere of the film in Leicester Square, London, UK, on 30 June 2008. Photographs 1-3 are of the poster. The remainder provide evidence of the premiere event and its attendees. It is clearly signed by 3 members of the cast - Pierce Brosnan.

Unique item, which used to hang on the walls of South Bank. Studios after this premiere, alongside many other signed. Cardboard posters (see my other listings). This item is in the category "Films & TV\Film Memorabilia\Posters\Originals - UK Quads\2000s". The seller is "riccan_23" and is located in this country: GB. This item can be shipped to all countries in Europe.