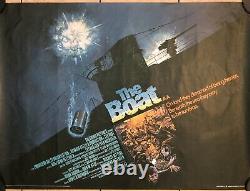 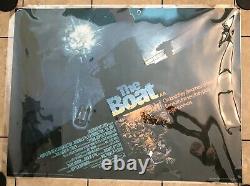 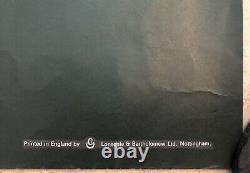 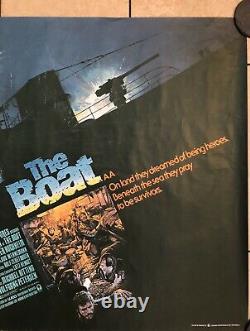 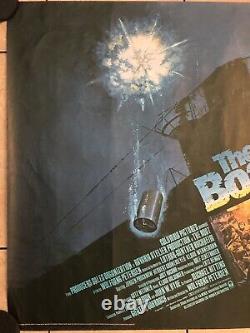 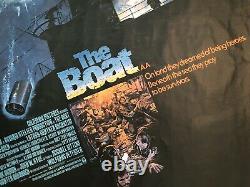 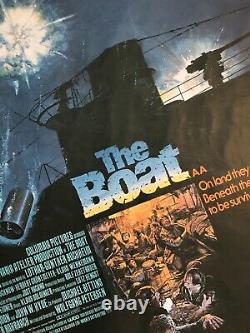 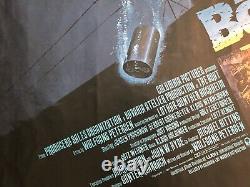 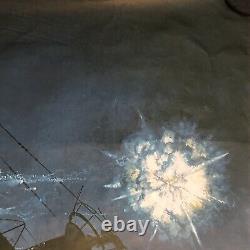 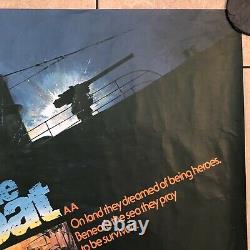 Edges of Quad are near mint - no tears, rips, creases, staple or tape marks. Quad Displays really well - perfect addition to any War Movie Quad collection. Das Boot (German pronunciation: [das bot], English: "The Boat") is a 1981 West German war film written and directed by Wolfgang Petersen, produced by Günter Rohrbach, and starring Jürgen Prochnow, Herbert Grönemeyer, and Klaus Wennemann. It has been exhibited both as a theatrical release and as a TV miniseries (1985), in several different home video versions of various running times, and in a director's cut version supervised by Petersen in 1997. An adaptation of Lothar-Günther Buchheim's 1973 German novel of the same name, the film is set during World War II and follows German U-boat U-96 and its crew, as they set out on a hazardous patrol in the Battle of the Atlantic.

It depicts both the excitement of battle and the tedium of the fruitless hunt, and shows the men serving aboard U-boats as ordinary individuals with a desire to do their best for their comrades and their country. Several American directors were considered three years earlier before the film was shelved.

During production, Heinrich Lehmann-Willenbrock, the captain of the real U-96 and one of Germany's top U-boat "tonnage aces" during the war, and Hans-Joachim Krug, former first officer on U-219, served as consultants. One of Petersen's goals was to guide the audience through "a journey to the edge of the mind" (the film's German tagline Eine Reise ans Ende des Verstandes), showing "what war is all about".

Columbia Pictures released both a German version and an English-dubbed version in the United States theatrically, but the film's German version gross was much higher than the English-dubbed version at the United States box-office. [2][3] The film received highly positive reviews and was nominated for six Academy Awards, two of these nominations (for Best Director and Best Adapted Screenplay) went to Petersen himself; he was also nominated for a BAFTA Award and DGA Award. The item "The Boat Das Boot Original UK Movie Quad (1981)" is in sale since Tuesday, September 22, 2020. This item is in the category "Films & TV\Film Memorabilia\Posters\Originals - Worldwide\1980s".