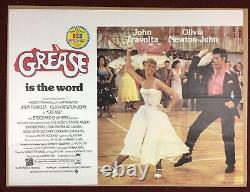 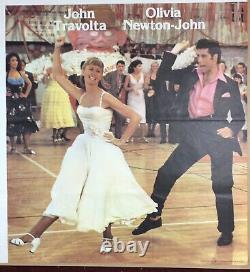 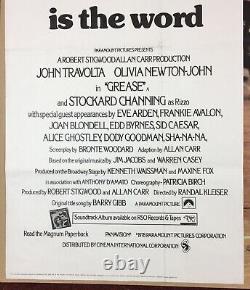 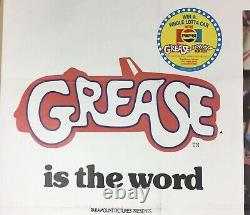 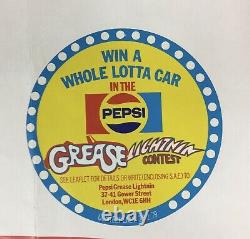 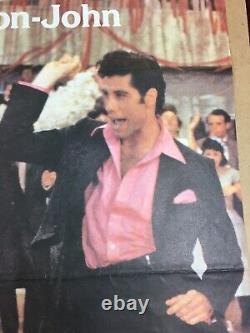 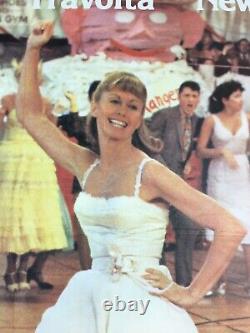 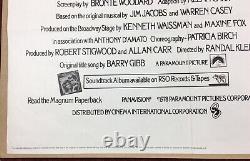 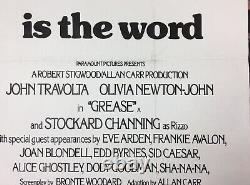 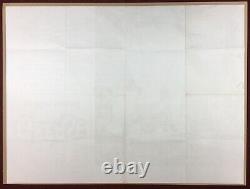 Rare Original & Authentic Vintage Quad Film'Grease is the word' paper Poster, With the addition of a Pepsi competition sticker, dated 1979, applied to the front. 76cm x 101cm and printed by Longsdale & Bartholomew - England plus states property of the National Screen Service Ltd. Good rolled / folded condition for age, with some superficial wear and creases.

Grease is the famous 1978 American musical romantic comedy film based on the 1971 musical of the same name by Jim Jacobs and Warren Casey. Written by Bronte Woodard and directed by Randal Kleiser in his theatrical feature film debut, the film depicts the lives of greaser Danny Zuko and Australian transfer student Sandy Olsson who develop an attraction for each other. The film stars John Travolta as Danny, Olivia Newton-John as Sandy, and Stockard Channing as Betty Rizzo, the leader of the Pink Ladies. Released on June 16, 1978, Grease was successful both critically and commercially, becoming the highest-grossing musical film ever at the time. The item "Original Vintage Quad Film'Grease' Poster, John Travolta, + 1979 Pepsi sticker" is in sale since Sunday, September 13, 2020.

This item is in the category "Films & TV\Film Memorabilia\Posters\Originals - UK Quads\1970s". The seller is "andrew_frost7r3b" and is located in Matlock.