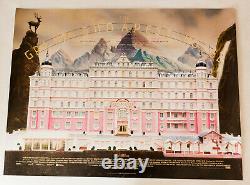 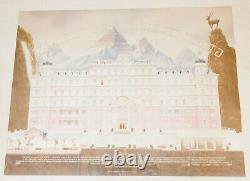 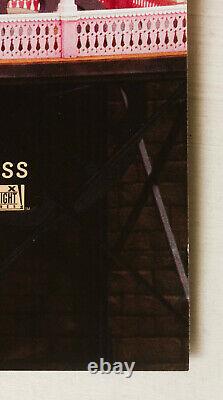 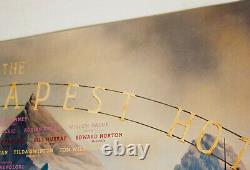 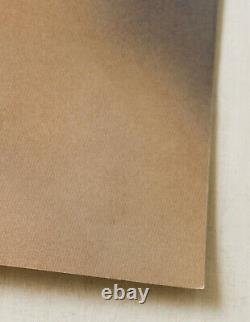 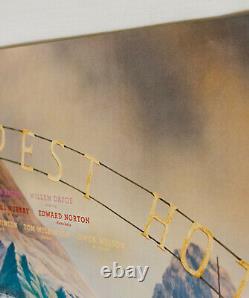 For Sale : " The Grand Budapest Hotel " Original "2014" UK Quad film poster (Double-Sided) "rolled" starring: Ralph Fiennes, F. Murray Abraham, Mathieu Amalric, Adrien Brody, Willem Dafoe, Jeff Goldblum, Jude Law, Harvey Keitel, Bill Murray, Edward Norton, Lea Seydoux, Tilda Swinton, Tim Wilkinson & Saoirse Ronan. I have had a number of enquiries about whether or not this poster is double-sided (D/S), the photo proving this is now available to view. Also please note through storage between folded posters previously there is a extremely mild imprint of fold lines which shows up when the poster is held up to the light, it is currently stored flat amongst other rolled posters, I've tried showing this in a couple of the photos but it's hardly noticeable.

My collection consists of posters and memorabilia ranging from the 1950s til the present day including UK quads, US one sheets, Australian Daybills and Lobby cards etc. I will be listing these gradually over the coming months so please keep checking for new items. The item "The Grand Budapest Hotel Original 2014 UK Quad Art Cult Fiennes Lea Seydoux film" is in sale since Saturday, November 13, 2021.