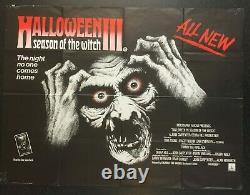 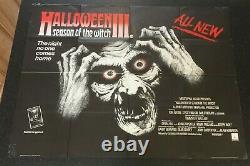 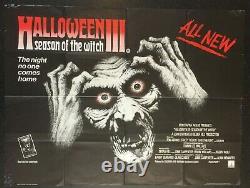 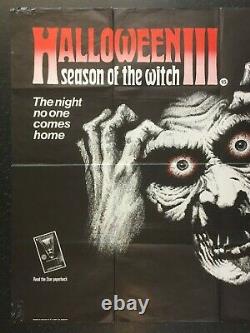 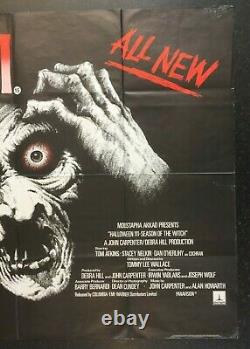 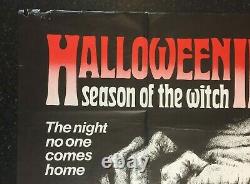 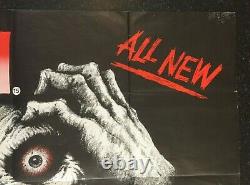 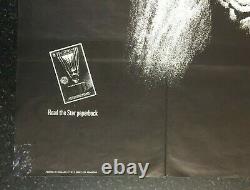 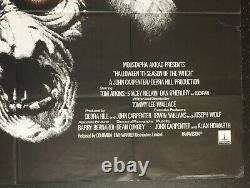 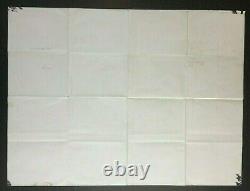 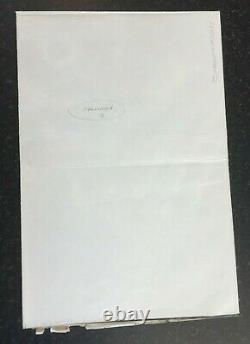 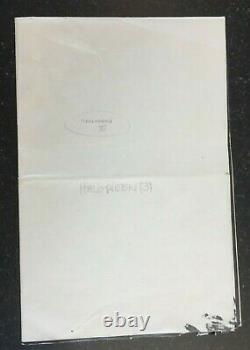 HALLOWEEN III Season Of The Witch 1982. Original Cinema UK Quad Movie POSTER - Starring Tom Atkins RARE. Colours great - Some edge wear generally with a number of tiny edge tears mostly top left corner where there is also some small paper loss nicks along the edge - Also has a tear right centre edge that has been repaired to the front with a strip of sellotape - Also all corners have what look like paper scrapes that have been coloured in by black marker pen to blend in with the black poster colour - Has slight fold line wear and slight fold creasing with close up creasing and rippling generally. IMHO despite the above mentioned faults this rare poster still looks great on the wall as most of the faults are along the edges and they blend in well at normal viewing distance with the general blackness of the poster. Standard British Cinema Quad Film Poster Size.